The new P.O.S album is now out. It's the electro-grime rap prescription that your doctor would order, if you could afford health care. Go buy We Don't Even Live Here when you get the chance.

Also, if you haven't heard, P.O.S needs a new kidney. You can help by donating through PayPal to stefneedsanewkidney@gmail.com.
Posted by Mike at 9:50 PM 1 comment: 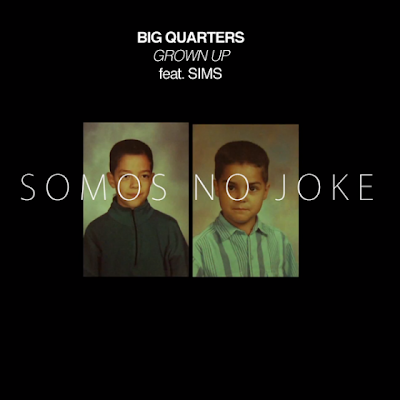 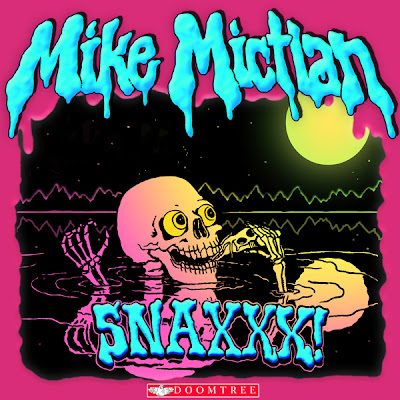 Mike Mictlan's SNAXXX mixtape has been getting plenty of local Twitter buzz, and is finally here. It was largely produced by 2% Muck and from what I can tell so far is a grimy listen throughout. One thing that's important to point out is there's a song here called "Spicy Peeñ."There are also contributions from P.O.S, Spider Baybie Raw Dog, Greg Grease, Lizzo, and more. You can download the album for the "name your price" method at Mictlan's Bandcamp, or get the limited edition SNAXX PAXXX while supplies last. Stream the project after the jump.

Big Cats' instrumental album For My Mother is coming out in less than a week, on Tuesday Oct. 2. Based on the songs we've heard so far, and this new video for leadoff track "One," it promises to be a great overall piece of music. You can order For My Mother online on CD or vinyl; 75% of the proceeds from the album will go to the Minnesota Ovarian Cancer Alliance, in honor or Christi Wirth-Davis. Lastly, remember that Big Cats complete with a live band will perform at the For My Mother release party on Thursday 10/11 at the Cedar Cultural Center. 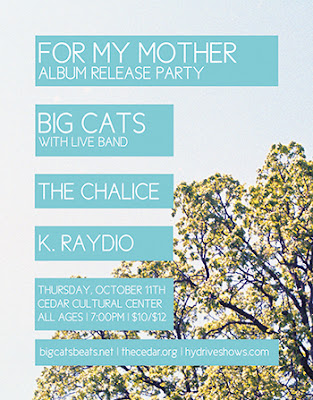 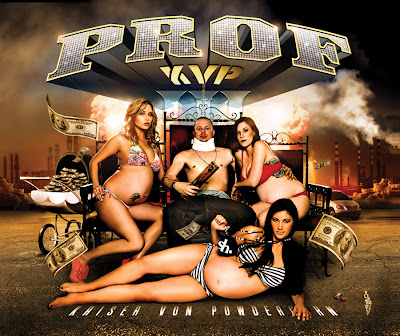 After "New Kid" and the video for "Me Boi," Prof has now released his newest mixtape, Kaiser Von Powderhorn 3, in full. It's a free download at Prof's Bandcamp site, and features Slug and Yelawolf, as well as production from Lazerbeak. Stream it below.

Email ThisBlogThis!Share to TwitterShare to FacebookShare to Pinterest
Labels: Prof 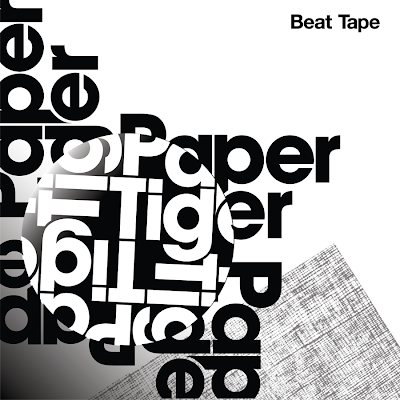 Here is the music video for Toki Wright's "High Definition," off his FADERS mixtape. Adam Dunn directed the video.

BdotCroc: "Not Ya Average" (Music Video)

Email ThisBlogThis!Share to TwitterShare to FacebookShare to Pinterest
Labels: BdotCroc 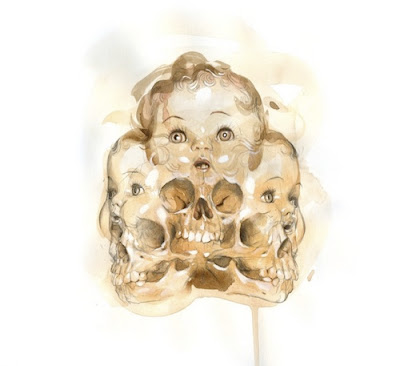 Depending on how big of a Blu fan you are, you may have caught his 2008 album with elusive producer mainframe under the moniker Johnson&Jonson. It was an unstructured album with Blu rhyming over obscure, hazy psychedelic rock samples and ended up being one of my favorite albums of that year, and probably my second favorite Blu project to date. Now, Johnson&Jonson are teaming up to produce a new album by the prolific Danny Brown, who always seems to be wearing multiple hats. On their first single, "Change," he dials back his hyped out, grime music-inspired yelp rap, for a surprisingly smooth and subdued style. Their album, which is coming out under the name Danny Johnson, should be out relatively soon.

All music shared on Midwest Broadcast is intended for promotional purposes. Please support and validate the time, money and effort that artists spend working on their music by purchasing it, preferably directly from the artist or at a local record store.
If there is ever an issue with the content posted on Midwest Broadcast, submit an email request and the post will be promptly altered or deleted as deemed necessary.